On November 10, 1922 in Boston, Melkon Alemsherian formally filed his Declaration of Intent to become a naturalized citizen of the United States of America. His paperwork showed that he was born May 2, 1894. (He later gave his year of birth as 1895.) He had, he said, arrived at Ellis Island on February 10, 1920 from Piraeus, Greece, having been born and raised in the cosmopolitan port city of Smyrna (now Izmir), Turkey. His daughter Rose later said that he had fled Smyrna as a teenager in order to avoid military conscription and had worked as a musician in Athens before arriving in the U.S. Although he was Armenian, through much of his professional life, he used the Greek-sounding stage name Marko Melkon. By his late 10s, he was already a professional musician.

He made few appearances on discs in the early 20s, recording three sides for M.G. Parsekian’s West Hoboken label and one side as the flip side for a self-released disc by the Boston violinist Harry Hasekian. And he apparently befriended the Turkish-born Greek oudist and singer Achileas Poulos, who also recorded for Parsekian’s label. When Melkon returned to Greece in late 1928, he brought back with him a wife, Azad Kamoogian, an Armenian ten years his junior, and also from Smyrna. In the notes to Harold Hagopian’s 1996 CD release of Melkon’s recordings on the Traditional Crossroad label, Melkon’s daughter Rose recounts that Poulos was best man at their wedding. When the couple arrived home to New York City, on January 2, 1929, Melkon gave his address as 383 3rd Avenue in New York - the address of the Vartesian Brothers jewelry and watch repair shop, where his close friend and collaborator violinist Nishan Sedefjian was employed as a diamond setter, and which was the home office of the Pharos Record Company (which, as it happens, had acquired and reissued the M.G. Parsekian catalog from earlier in the decade.)

In the early years of the Depression, Melkon ran the Dexter Music and Radio shop on Mt. Auburn St in Watertown, Massachusetts, where he sold records and equipment as well as repairing vacuum cleaners. On February 15, 1937, he recorded a single disc under the supervision of Tetos Demetriades for Victor Records’ Orthophonic subsidiary. (Demetriades, a fascinating character himself with an excellent ear, was a key figure in the publication and proliferation of Greek music in New York during the 1920s-50s, publishing discs on Orthophonic recorded locally by Marika Papagika, Alexis Zoumbas, George Katsaros, Kostas Gadinis, Anthony Sakellariou, and the Cretian singer Charilaos who Melkon accompanied, as well as issuing imported recordings by Rosa Eskenazi, Rita Abatzi, Kostas Roukounas, and many others.) That disc, “Oglan Oglan” backed with an oud improvisation in maqam hijazkar, sold well and paved the way for the next stage of Melkon’s recording career.

In the early 1940s, the Albanian singer Adjin Asllan re-started his Me Re label, quickly changing the name to Balkan and forming a partnership with the Bulgarian violinist Nick Doneff and, for a short time, the Greek accordionist John Gianaros. Melkon recorded at least 48 sides under his own name for the network of labels that they founded - Balkan, Metropolitan, and Kaliphon - and performed on dozens of discs as accompanist for other performers including Virginia Magidou, Victoria Hazan, Vahit Artan, Zeki Arikan, Ali Fasih Tekin, and others.

Through the 1940s and early 50s, his fame grew, and he performed constantly at the “oriental” nightclubs on New York’s 8th Avenue - the Brittania, Egyptian Gardens, and Port Said - as well as at the Armenian resorts in Asbury Park (the Fenimore Hotel) and the Catskills (Tannersville Bar, Washington Irving Hotel, Clinton Hotel) and in Wayne, Michigan.

A heart attack in 1952 curtailed his playing significantly. He was forced to take a full year off work and to quit drinking and smoking. A consummate entertainer and a life-long denizen of the nightlife with a strong affinity for alcohol and marijuana (a close pal of Ioannis “Jack Gregory” Halikias, the bouzouki player, bookee, and weed dealer), it was a blow. He found himself performing mainly at weekend picnics of aging Armenians.

In 1958, he had a final burst of success with the release of an LP, HiFi Adventures in Asia Minor, released by the Decca label not only in the U.S. but also in Canada and Brazil. Although the cover capitalizes on the bellydance fad of the time, with Melkon looking distinctly out of place and silly, the performances, including the standard Jazayeer and Edward Bogosian’s “Sood E Sood E” are strong. It would, however, turn out to be his swan song.

His heart failed at home in Astoria, Queens in April of 1963

Transfers and restoration from the original 78rpm discs by Ian Nagoski 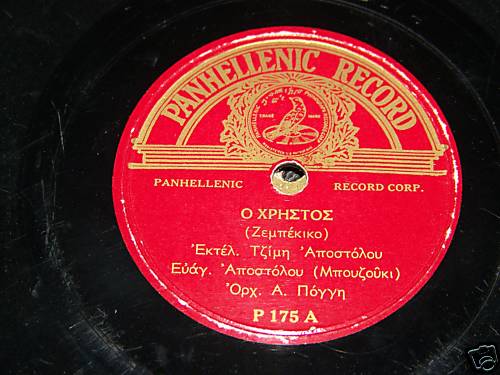 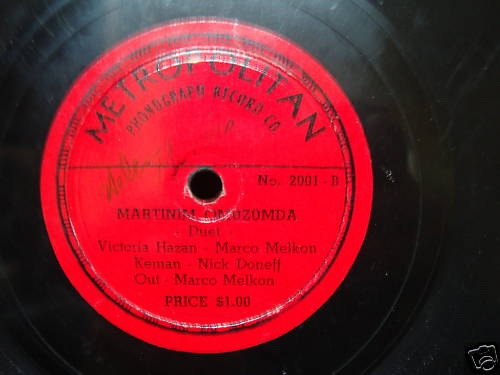 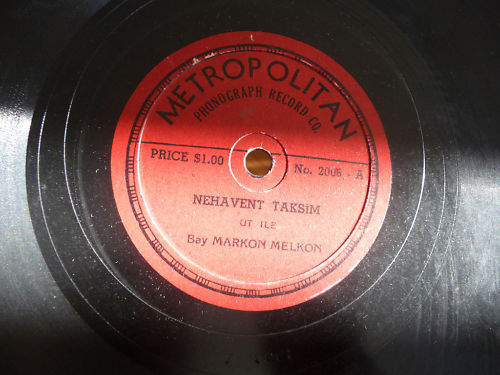 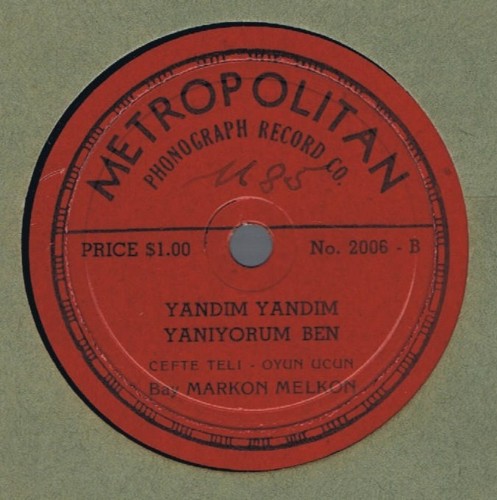 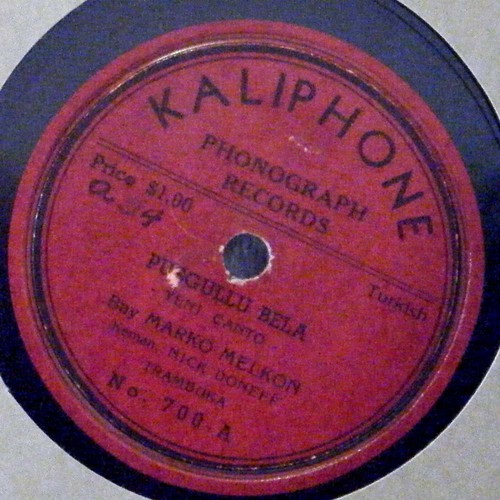 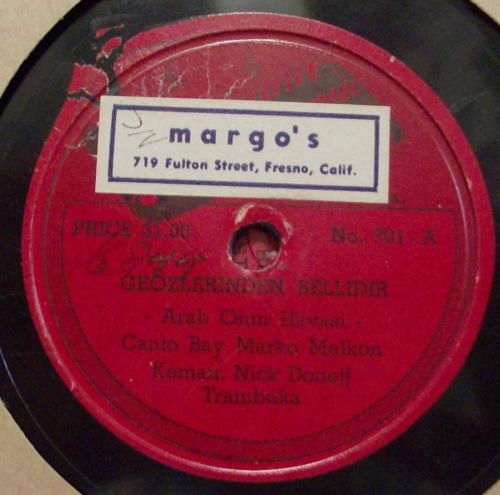 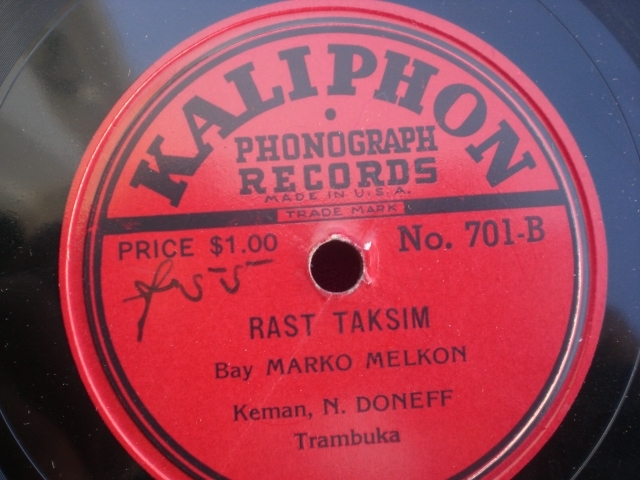 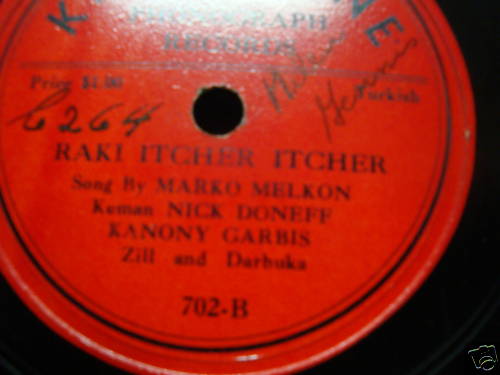 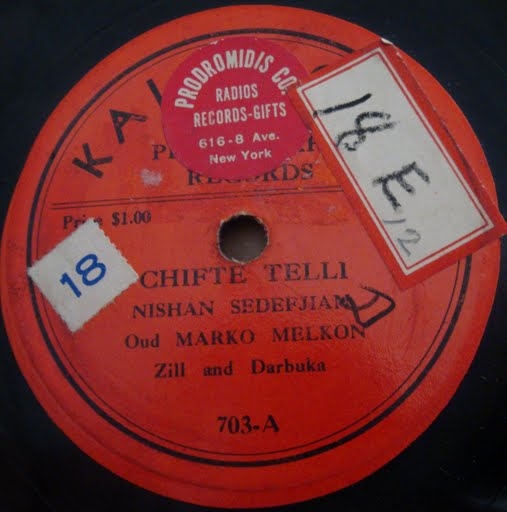 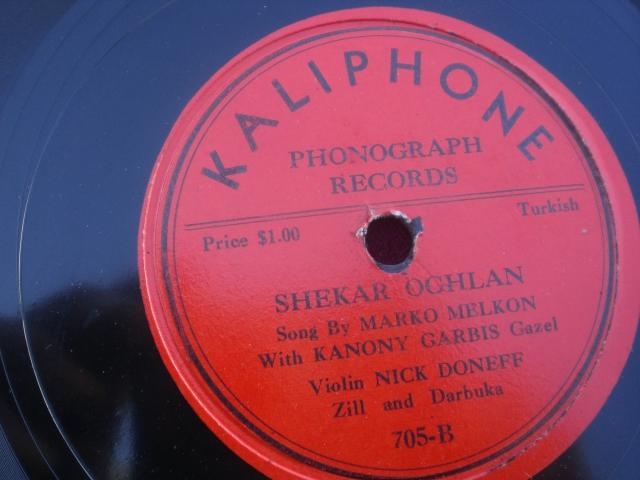 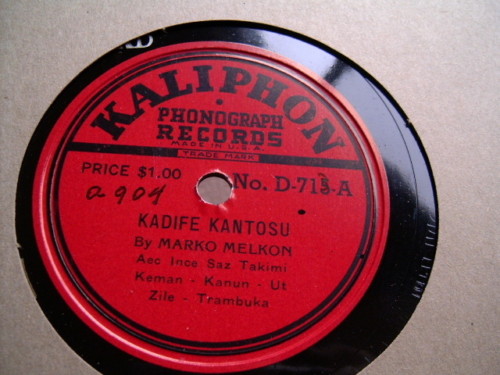 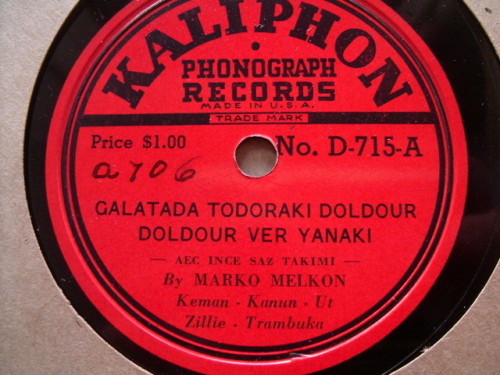 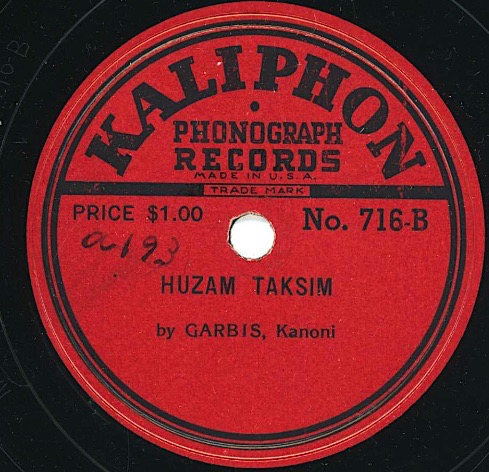 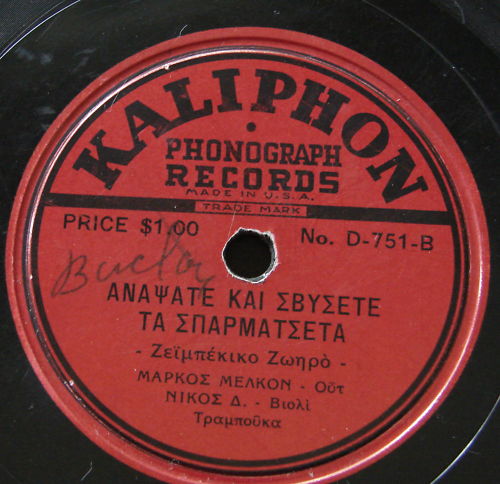 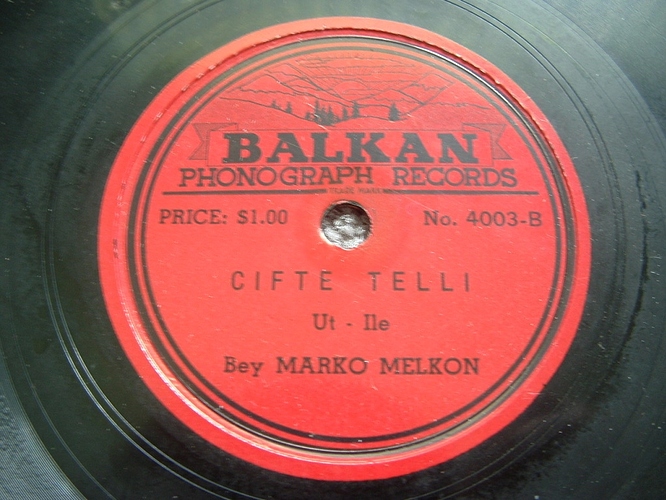 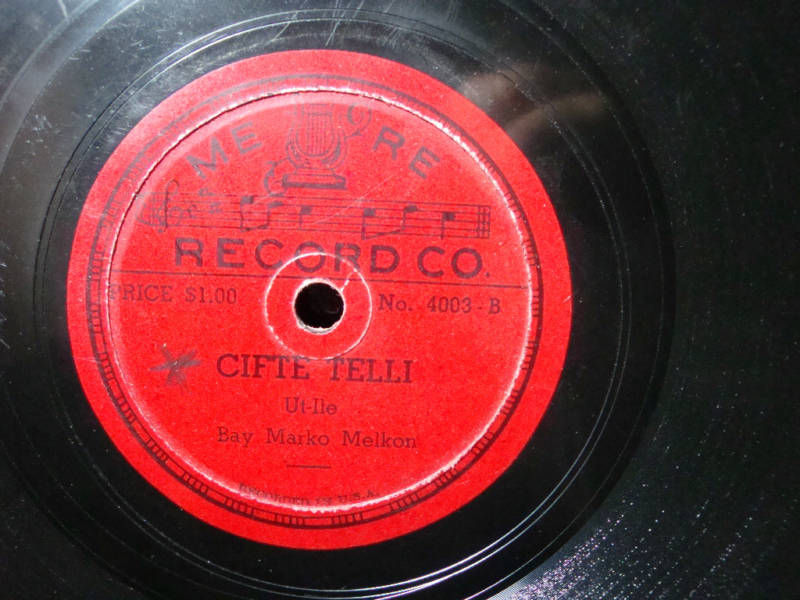