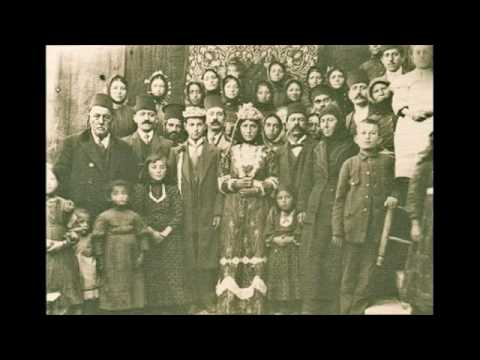 The heyday of Ottoman music cafes coincided with the reign of Sultan Abdulhamid 11(1876-1909). There were several types of nightclubs and cafes, each offering a different kind of music. In Constantinople the refined gazino night-clubs of Pera had semi-classical and popular music in their program. Chalgili kahvesi was for popular music. The clientele was of middle and sometimes even upper class origin. The taverns of Galata and Tatavla (Kurtulu) often owned by Greeks, Armenians or Jews, offered food, alcohol, and music. An old-style cafe with rural style music was called semai kahvesi, semai being a form used by folk music minstrels. Baloz (< Gr. “ballos dance”) was a type of modest music cafe or public house where sailors and workers consumed alcohol and danced. There were also ordinary cafes which were transformed into music cafes on Fridays and during the nights of the Muslim Ramazan fast month. In Tavuk Pazari district the cafe clientele consisted of members of various esnaf trade guilds such as boatmen, sailors and tulumbacilar (sg. tulumbaci), firemen of the independent fire brigades, and subcultural groups such as kulhanbeyiler (sg. kulhanbeyi) and dayilar (sg. dayi) associated with petty crime (see Birsel 1983:179-98; Ergun 2001).

Mani (pl. maniler, < Arab ma’na) is a form of sung or recited popular poetry in Anatolia and the Balkans. It is made up of heptasyllabic verses rhymed on the pattern aaba. Mani may be musically akin to gazel but the vocal style, text, syllabic meter, and melodic contour belong to folk or popular music. P. N. Boratav (1991) classifies maniler into eight categories on the basis of their poetic themes and performance context; one of them is the maniler of the Constantinople cafe singers. It has been estimated that around 1900 there must have been thousands of mani singers in Constantinople. A typical Constantinople mani begins with the words “adam aman” (“mercy, man”) (see Kaygili 1937:14-18; Rounder CD 1051: no. 14). In the Greek-language repertoire the mani “Adam aman” is also known as “Galata manes,” after the Galata district of Constantinople with its music cafes and taverns. Other well-known and frequently-recorded maniler in Ottoman-Greek repertoire are “Smyrneiko Minore,” “Tzivaeri” and “Tabahaniotiko.” These pieces lost their improvised character and became more or less melodically and structurally standardized.